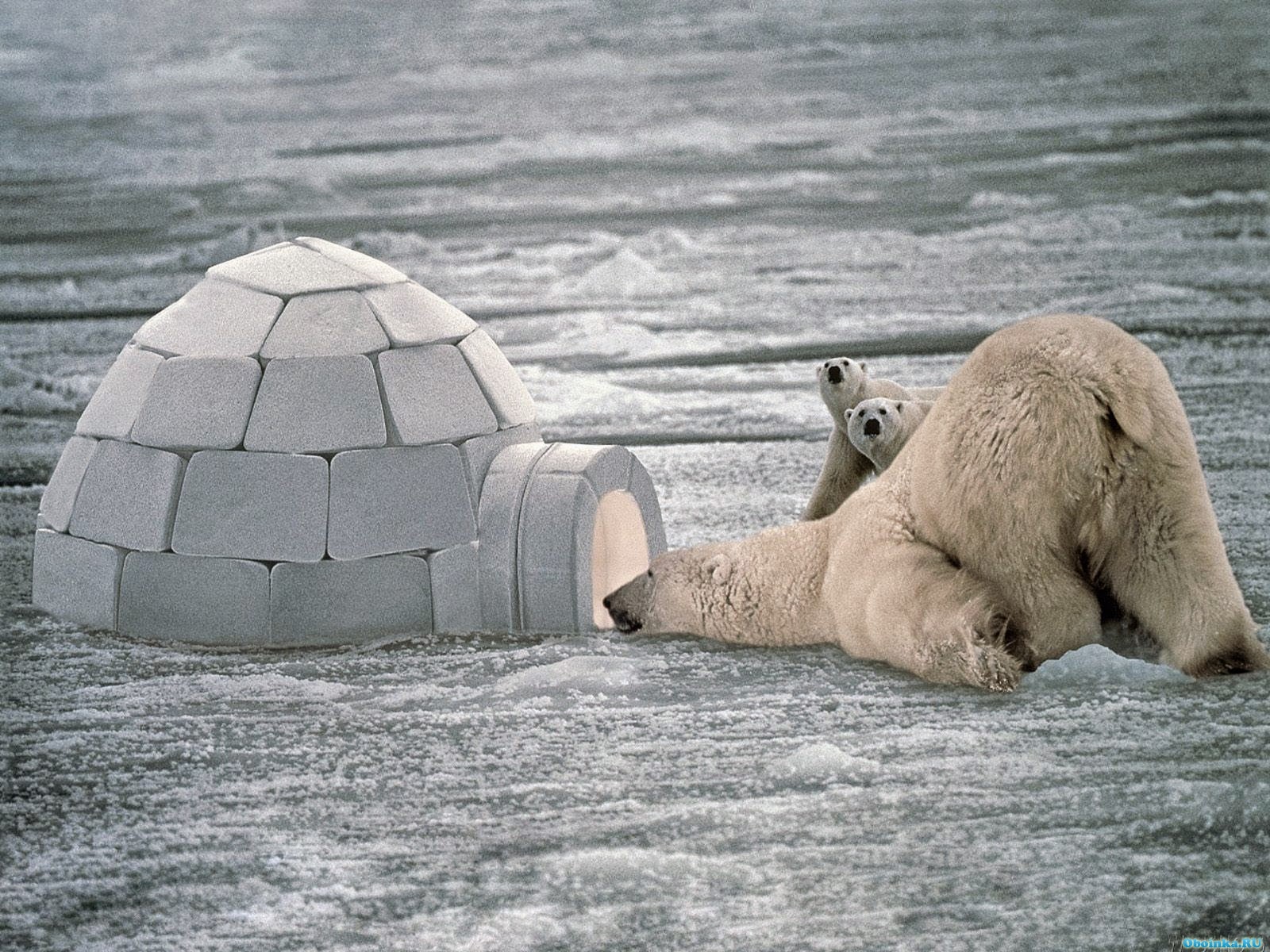 It was a cave like no other she had ever seen before. The entrance was barely big enough to fit her head through. Could her cubs be safe in this cave? Curiosity filled her as she sniffed at the entrance. Her cubs bounced playfully at her side. It was such a strange phenomenon, this cave in the middle of the open ice. They wanted to go inside but of course mama bear had to check it out before they could go inside into the inviting looking cave that only they could fit in, such raucous they could cause and their mother would not be able to nip at them to behave, but of course they were not going to say that out loud. There was a strange light coming from inside, as well as, she sniffed the air, seal? Could there really be a seal in there. But the seal smelled, different, inviting, but different. The cubs whimpered and whined, pawing at her belly. They were tired from their trek across the ice and they wanted to go inside and rest and eat, seal? They were hungry. Mama nipped at their heels and growled softly for them to quiet down as she ease onto the ground and inched her face closer and closer to the tiny cave opening. Her nose barely entered when her eyes widened and she grunted in shock. Four pairs of wide-eyed creature covered in seal, wolf and ….. bear hide ……. stared back at her. “Run,” she growled to her baby cubs.
Posted by Ms Saba (aka Teacher007.5) at 12:00 AM