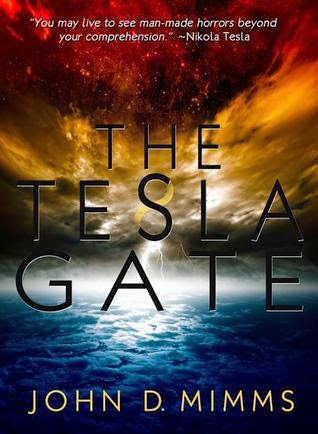 The Tesla Gate
When a cosmic storm enters Earth’s atmosphere, scientists are baffled by its composition and origins, but not nearly as much as they are by the storm’s side effect – anyone who has died and chosen not to cross over is suddenly stranded here, visible, and can interact with the living.
With the world thrown into chaos, Thomas Pendleton is eager to make up for many broken promises to his six-year-old son, Seth. Soon after the storm, they set out on a road trip to the National Air and Space Museum in Washington DC, completely unaware of the social and political maelstrom they’re heading into that will change their lives forever.

Even though this was not one of my favorite reads, it was still very interesting and I would definitely be interested in following this story if the writer continues with what happens to Thomas and his son and the Tesla Gate
Posted by Ms Saba (aka Teacher007.5) at 4:51 PM No comments: