No Secrets. No Lies. Part One 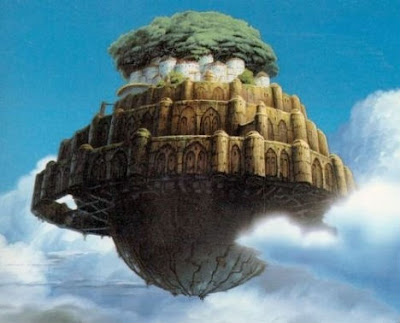 Photo taken from this site

Life in a Telepathic Society

What would life be like in a society where your thoughts and feelings were an open book for all to read? Where nothing is kept secret and concealing was a sin beyond any forgiveness? Would you feel free, safe, hindered or confined? What kind of laws would govern such a society, where lies are unheard of and crimes are but few and frivolous? Would there even be a need for laws? I would say yes, wouldn't you? You see every society needs laws to govern it, to run smoothly, to maintain order and stability and to avoid civil unrest and anarchy. Even the most ideal and utopian worlds would crumble without defined rules and regulations.

Take the sky communities of Naqaba. Their cities are high in the sky protected by atmospheric cloud fields. They are home to the Naqabashi clans; tribes of bold, fearless winged female warriors who were once members of the traveling nomads who crashed onto the planet many centuries ago. A severe mutation from the Naqaban atmosphere caused them to transform into the creatures they are today. Though they appear alien to their Naqaban land dwelling relatives, they still have unique humanoid features that allow them to still inter-marry and interbreed with the male dwellers. Twice the size of an average female, they stand over seven and half feet with a wing span of over four feet. The Naqabashi are vicious when provoked. Five sharp talons grace each hand strong enough to rip through flesh and crush the skull of any beast or man. They are the Amazonian warriors of their galaxy, feared and for the most part, avoided at all cost. Brutality wasn't the only thing the Naqabashi acquired from their mutation; they inherited telepathic abilities. Telepathy allows a telepathist to communicate to one another by means other than speaking with their mouths or hands. They are also capable of reading and interpreting the thoughts and feelings of other telepathists and non-telepathists. This alone gives the Naqabashi a greater advantage over their enemies.

Despite their brute size and fierce nature, they run a highly efficient and self-sustaining community. Their cities are filled with peace, harmony and vibrancy. While every Naqabashi is considered equal to one another, a well-defined hierarchy of authority is observed . A queen warrior is counseled by a group of elder Naqabashi warrior priestesses from each sky community. Naqabashi elite guards protect the cities and train future warriors. Newly crowned Naqabashi guard the low grounds and serve as apprentices to elite guards. Young Naqabashi grow the food and tend to the livestock while injured or pregnant Naqabashi produce the weapons used by the Naqabashi warriors. The elderly Naqabashi who can no longer fight or fly spend their final days in peace, teaching and grooming the young. Every Naqabashi has a role in her society. The laws of their world are instilled at birth. Every Naqabashi toddler can recite the laws by heart when her babbling thoughts become coherent and intelligible. While they have many laws and rules to regulate their society, one motto stands above all else, "NO SECRETS. NO LIES." This motto alone will prove why even in utopian societies, every one needs some sort of rule or regulation to retain law and order.

Next week, we will rendezvous with Nusa, a Naqabashi warrior currently traveling aboard the ship, Hablas. She will enlighten us more on what life is really like in a telepathic society.

Until then......... What kind of laws do you think govern a telepathic society?

Wow, that is some serious world-building going on. Love it!

Think it would be cool to be in the Naqabashi clan.

I feel that it is NO coincidence that peace is happening with these women in charge. :)

LOL! Thanks Karen, I would definitely love at least being on the good side of these lady warriors! :) I hear they are ruthless with their enemies! :/